Departure after breakfast with your driver-guide to spend a few days in the beautiful Boyacá region, famous for its historical relevance in the process of independence of Colombia and for its fascinating landscapes. Some of the most beautiful villages in Colombia are located in this region north from Bogotá.

After approximately a two hours drive, enjoy a visit to the Boyacá Bridge, a site declared Cultural Heritage of the Nation. It is a monument celebrating the historic victory of the independentists over the Spanish army on August 7th, 1819. A triumph that culminated in the independence of Colombia.

At the end of the visit, the trip continues for about an hour to Villa de Leyva, a true jewel of Colombia. The city in 1954 was recognized as a national monument for its perfectly preserved colonial-style architecture.

Check-in at your hotel in Villa de Leyva and enjoy the whole afternoon at your leisure to visit the historic center. The large main square, 2 storey colonial buildings with balconies and terraces, whitewashed walls and cobblestone streets make Villa de Leyva one of those places that you will certainly fall in love with. 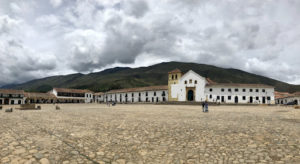 Departure from Villa de Leyva after breakfast. After about a 1 hour and 45 minutes drive, we make a first short stop at the Hacienda El Salitre, a splendid historical colonial building from 1736 near the Sochagota lake, in Paipa. Here, at the beginning of August 1819, General Bolivar “El Libertador” stayed for 3 days with his high command. 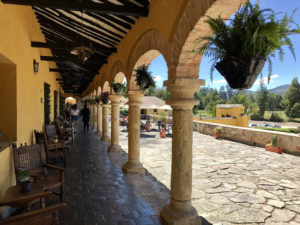 Continue for a few kilometers to the impressive “Los Lanceros Monument”, the largest monument in Colombia. This huge sculpture was erected to commemorate the famous and important victory of the Independentists in the Battle of “El Pantano de Vargas” on July 25th, 1819, an event that preceded the decisive victory of the Puente de Boyacá. 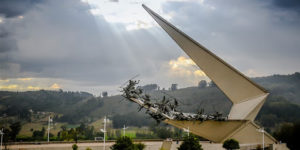 Then we reach the town of Duitama to visit the famous Pueblito Boyacense, one of the most visited attractions in the Boyacá region. Here you will be able to walk through the streets of a “pueblo” -town- with the reconstruction of about 100 of the most iconic buildings in 7 towns of this region (Monguí, Tibasosa, Villa de Leyva, Tenza, Ráquira, Sáchica y El Cocuy). 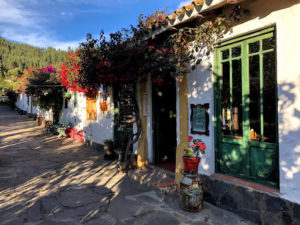 In the early afternoon, we continue to Mongui, universally considered among the most beautiful villages in the whole Colombia. Do not miss the main square with the Basilica of Our Lady of Mongui and the Puente (Bridge) Real de Calicanto. 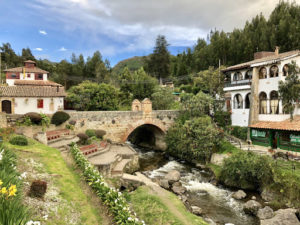 In the late afternoon, transfer to Paipa, a famous spa town idyllically located on Sochagota Lake.

Overnight in Paipa (nice hotel near the Sochagota Lake)

Today we take you on a spectacular itinerary from Paipa to visit the Tota Lake, the largest in Colombia with an area of ​​55 square km (21.3 squared miles). Located at 3,015 m (9,892 ft above sea level), it is the second highest navigable lake in South America after the Titicaca Lake (Perú/Bolivia).

Before getting to the lake, various short stops are scheduled in some of the most beautiful villages in the area including Iza, Cuitiva and Tota. 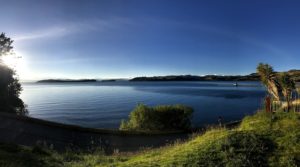 Enjoy amazing views along the road on the way to one of the most iconic places in the area, Playa Blanca (White Beach). Have a stroll on this incredible natural sandy beach, in a small bay located on south-western shore of the lake. In such a surreal landscape it seems impossible to find oneself at more than 3,000 m (9,000 ft) above the sea level.

Then, drive through beautiful landscapes before arriving at the village of Aquitania, where it is a must to taste the delicious local trout in the best restaurant of the main town square (lunch includes trout, side dish, drink and coffee lunch).

After lunch, we start the journey back to Bogotá with arrival to your hotel in the evening.

This website uses cookies to improve your experience while you navigate through the website. Out of these cookies, the cookies that are categorized as necessary are stored on your browser as they are essential for the working of basic functionalities of the website. We also use third-party cookies that help us analyze and understand how you use this website. These cookies will be stored in your browser only with your consent. You also have the option to opt-out of these cookies. But opting out of some of these cookies may have an effect on your browsing experience.
Necessary Always Enabled
Necessary cookies are absolutely essential for the website to function properly. This category only includes cookies that ensures basic functionalities and security features of the website. These cookies do not store any personal information.
Non-necessary
Any cookies that may not be particularly necessary for the website to function and is used specifically to collect user personal data via analytics, ads, other embedded contents are termed as non-necessary cookies. It is mandatory to procure user consent prior to running these cookies on your website.
SAVE & ACCEPT