Bogotá is an enormous metropolis with suburbs, its population currently being around 10 million. An interesting fact, the city lies over 2600 meters above sea-level on top of the Bogotá savanna. A great innovation the city has is called “Ciclovía”. Every Sunday between 7 am and 2 pm, several of the city’s largest roads are closed down, giving space to runners, pedestrians and cyclists to roam around safely. The atmosphere of these Sundays is idyllic and both the city’s young and the old use this opportunity to exercise. What makes this kind of exercise hard for my system is the 2600 m difference in height compared to back home in Hungary. It’s hard for a guy from the lowlands to get used to running in the highlands. 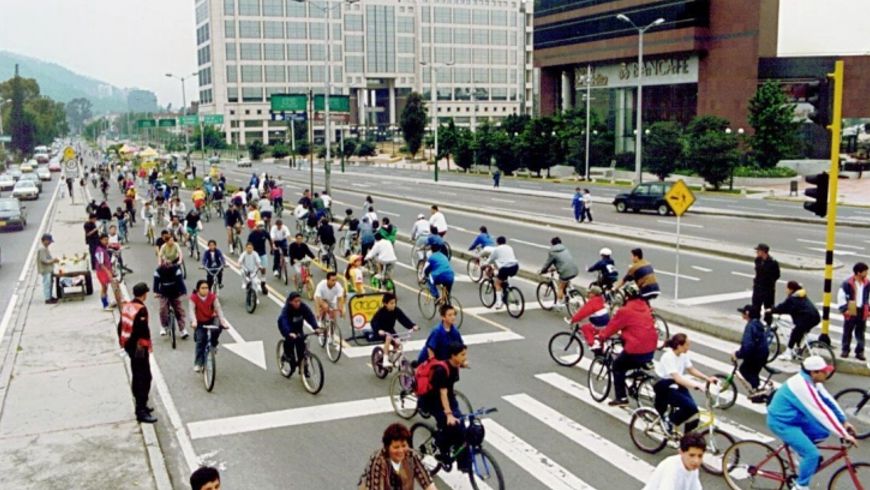 Also very positive is the fact that there are tons of opportunities for doing sports out in the fresh air, such as basketball courts, football fields and simple outdoor fitness machines.

In Colombia – as is the case in every Latin American country – football is the number one national sport. Since, along with handball, football is my favourite sport, it was obvious from the get-go that I would attend local matches. There are 2 rival clubs in Bogotá: Santa Fé and the Millonarios. They play in the same stadium, the ‘Estadio El Campín’. I tend to cheer for Santa Fé, I brought them luck as well, since at the first match I attended they won the second half of the championship (‘Clausura 2016’).

I’d like to also mention a few interesting and useful facts here:

Sorry, the comment form is closed at this time.

This website uses cookies to improve your experience while you navigate through the website. Out of these cookies, the cookies that are categorized as necessary are stored on your browser as they are essential for the working of basic functionalities of the website. We also use third-party cookies that help us analyze and understand how you use this website. These cookies will be stored in your browser only with your consent. You also have the option to opt-out of these cookies. But opting out of some of these cookies may have an effect on your browsing experience.
Necessary Always Enabled
Necessary cookies are absolutely essential for the website to function properly. This category only includes cookies that ensures basic functionalities and security features of the website. These cookies do not store any personal information.
Non-necessary
Any cookies that may not be particularly necessary for the website to function and is used specifically to collect user personal data via analytics, ads, other embedded contents are termed as non-necessary cookies. It is mandatory to procure user consent prior to running these cookies on your website.
SAVE & ACCEPT
Open chat